The Risks of Buying a House at Auction: The Anger of the Former Owners

Find out what are the risks of buying a house at auction that arise from the possible reactions of the former owners.

We have already had occasion to talk about the risks of buying a house at auction in some of the articles published in recent months. For example, there are no guarantees regarding any defects that the property may present.

Among the problems that can arise following the award of a property at auction, there is, however, another one that is often strangely not thought of: we are talking about the anger of people who have lost their homes, who sometimes also vents on new buyers. In today’s post, we want to deepen this topic, to make you aware of what you can encounter by buying a house at auction and allow you to make your evaluations taking these elements into account. And then, of course, we will introduce you to our alternative: it is a way to buy a house at an advantageous price, but it is more ethical than auctions and sustainable for all parties.

Are you curious to know what we are about to tell you? Well then let’s get started!

Let’s start with the most extreme case, which is the possibility that you may receive threats from the previous owner. Fortunately, this is a rather remote eventuality, but the fact remains that it happens to read about similar events on the news pages. We too had talked about one of these cases in the past: it was 2018 and, after buying a house at auction in the Milanese hinterland, an Italian businessman was intimidated by the former owner, who had threatened him with death and explode the house with gas if he had not received a substantial sum of money. Another similar story has occurred just in these days in the province of Avellino: the buyers of a house sold at auction have reported the previous owner for threats, with the consequent intervention of the Carabinieri.

Buying a house at auction: the other risks associated with former owners–

Those we have told you above are certainly condemnable acts, but on the other hand, you must understand that the situation of the people who are about to lose their house at auction can be so desperate as to push them to take reckless actions.

In addition to these borderline cases, there are also other risks linked to the reactions of the previous owners which, although they lead to decidedly less serious situations, can still cause you some worries and considerable economic damage:

If previously the executor had in principle to leave the house before the auctions began, with the recent amendment of art. 560 of the Code of Civil Procedure can continue to live in his home until the issue of the transfer decree, the document certifying the transfer of ownership. If you think about it, it is an ethical and fair measure: now the families who have been foreclosed on the house have at least a long period of time to leave their home and reorganize their lives. On the other hand, the debtor’s stay in the property until it is awarded can be disadvantageous for the buyer, who is confronted with the risks we have just listed.

The risks of buying a house at auction: the possible alternative–

Maybe before you started reading this article you were quite convinced that you wanted to buy a house at auction: after all, you can make excellent deals, unimaginable in normal trading operations. However, you must consider an important aspect: on the other side, there is always a family or a person who suffers, who is facing a serious period of economic difficulty and is losing his home after making so many sacrifices.

If we add the fact that properties are often auctioned for ridiculous figures, far from their market value, it is easy to understand the anger and desperation of those who are losing everything. Think that in many cases the proceeds from the house auction are not even enough to pay off debts.

The consequences are not difficult to imagine: in addition to having lost their home for a few pennies, these people still find themselves heavily in debt, with the risk of dragging themselves into this situation for the rest of their lives. Perhaps right now you are wondering if there is an alternative to all this, a way to avoid this suffering but which still allows you to buy a house by doing a good deal. Fortunately, this alternative exists and is called renunciation of acts!

How the Renunciation of documents works–

The renunciation of the documents is the only alternative to an auction capable of canceling the debt of people who are in difficulty.

It consists of entering into private negotiations with creditors to negotiate an agreement with them. In this way, it is possible to avoid that the house ends up at auction with the risk that the property is devalued excessively, but above all, it becomes possible to cancel the debts of the executor once and for all through the sale of his house. The actual renunciation of the deeds is the document that creditors are required to sign once the sum of money they will receive has been agreed and with which they renounce to make any further claim, present, and future, against the debtor.

How to buy a house with the renunciation of documents–

Let’s face it: negotiating a  renunciation of acts is not the simplest thing in this world. This is a procedure that can be more or less complex and to deal with creditors effectively you need a lot of experience: you need to understand what is at stake and to what extent they are willing to come to terms. If you lack this experience but would still like to finance real estate transactions ethically, here we have good news for you: with our real estate crowdfunding platform you can do all this, relying on serious professionals and choosing the opportunities you want to invest in. from the comfort of your smartphone or home computer!

From today, thanks to crowdfunding you no longer need to have specific skills and have large capital to invest in real estate. You can simply rely on serious and capable professionals who have been working in this sector for many years, freely choose the amount you can and want to invest!

Ethical Return does just that: It allows you to participate in the financing of large real estate transactions and to take advantage of the interesting earning prospects that this sector offers. And there is more because the operations we propose are all the result of a critical debt situation of an Italian family to which we cancel the debt. 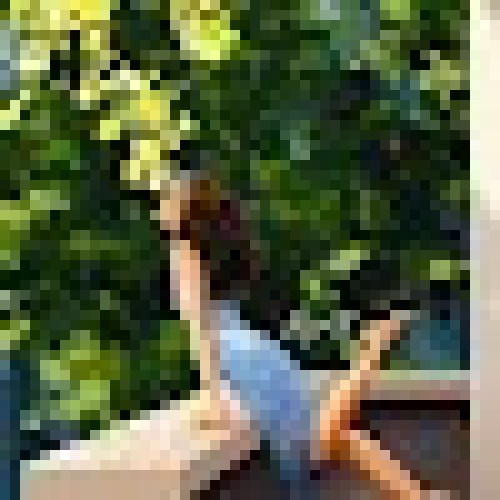 MariaZamhttps://theglobalinside.com/
i am a article writer,

It cannot be easy to keep your home organized. You may feel overwhelmed with everything you want to do and don't know where to...

Many times brands tend to get confused with different kinds of packaging. They are also confused as to what kind of packaging to use...

Pregnancy Nutrition Tips – What to Eat and What to Avoid?

As soon as you know your pregnancy test is positive, you start worrying about a healthy, nutritious, and well-balanced pregnancy diet. After all, whatever...

The wall and floor tiles have changed the way you decorate home or bathrooms. In the past, people used to paint their walls using...

English being a global language is now a need for everyone. We all need to learn the English language, even when we are living...