Have you ever wondered how much you can talk about a guy’s occupation based on his outfit? Manners do maketh man, but we believe so do outfits in many cases. Male work attire often follows several archetypes that have been around since the last century.

The banker, the sailor, the blue-collar worker, all have had very distinct clothing that often announced their profession long before they introduced themselves. Modern men’s fashion is an eclectic mix of expression and individuality.

Even workplaces have begun to relax work attire rules, which is why versatile semi-formal outfits like men’s khakis and a well-fitting button-down don’t look out of place at a business meeting anymore. And there are plenty of other inspirations available.

But there is much more to individual expression in the workplace than simply a non-conventional outfit. Workers today are far more opinionated, and the lines between classes (and outfits) are blurring quickly.

As a result, depending on the flexibility your workplace offers, workers can choose an outfit that hearkens back to the conventional outfits worn in very specific roles.

That your actual job has nothing to do with these roles doesn’t matter, your outfit is you expressing your individuality with a nod to some of the most iconic jobs in American culture, including:

Lumberjacks and other woodsmen have always been a core part of American culture. The romantic notion of a rugged and manly individual trying to tame one of the wildest frontiers in the world has remained strong.

While lumber operations have dwindled down considerably in most parts of North America, the image of the lumberjack still holds a key place in our imagination. The conventional plaid shirt and tough denim, along with a pair of chunky work boots can be adapted to your workplace as well, provided your bosses don’t have a problem with you pushing boundaries.

The attire itself offers you the urban woodsman credentials, making you the best-looking “lumbersexual” in the building. Imagine how jealous your buddies in Accounting would be when you turn up looking like the rough and rugged man you are.

Speaking of rough and rugged, is there anything more appealing to manliness than being a soldier. Soldiery has been, until very recently, a profession dominated primarily by men. Combat, victory, patriotism, and danger are instantly associated with the word or image of a soldier.

This is something that you can subtly borrow with an outfit inspired by the military uniforms of today. Of course, you don’t actually want to turn up to work in full Marine battle gear.

In fact, it would be best for various reasons to not imitate a specific uniform at all. All you need is to appeal to people’s perception of you with just the right touches to your outfit. A pair of military cargo pants, a plain white, grey, or beige T-shirt are sufficient enough to add the military touch without going overboard.

Include a pair of black combat boots and a tough-looking watch and watch yourself become the envy of your male colleagues.

Of course, America wasn’t just built on soldiery or woodsmanship. Blue-collar workers have always been the cornerstone of American economic success. These hardy and determined individuals spent most of their lives both working hard as well as fighting for the safer and healthier working conditions most American workers enjoy today.

The American workingman is just as iconic as a soldier or a lumberjack or even a cowboy.

Luckily, a blue-collar look is one of the easiest to pull off in many ways. All you need is a pair of denim jeans that have seen sufficient use to seem well-worn but not threadbare.

A button-down shirt with the sleeves rolled up to display your arms plus a sturdy but casually fashionable pair of boots, and you’re the best blue-collar business professional in the workplace.

For men who are getting on a bit and no longer feel the need to experiment with younger outfits, it can be difficult to show at work without appearing to work appearing like a venerable old veteran.

Yes, you could try and hide that using hair dyes, or careful tans, and so forth. But a much better option would be to own the experience of your years without giving up the idea of looking stylish while you do.

What is the most mature and intelligent person you can think of? In most cases, the answer is a college professor, and the simple attire can quickly transfer you from an aging man-child to a dignified and intelligent individual.

A neutral cardigan along with a slim-fitting shirt and a pair of loafers are all you need to round off the perfect mature/intelligent/sensible look you need. 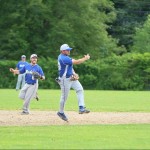 Hi, this is Scott, I have been in this writing industry for the last 5 years, Content writing and digital marketing has been my passion throughout my life, when I am free from work I usually write, my favorite topics to write are about Fashion, Lifestyle, and Business.

Over 700 kilometers of walking through Spain

7 Fashionable Ways to Turn Heads with Your Outfits

The Importance of Real-Time Control Tower Images for Project Logistics

NandN Logistics - September 17, 2021 0
When most people think of logistics, they probably think of things like shipping yards, cargo ships, and airline carriers. They don't usually give much...

Where to Buy Sparklers Online?

Home cleaning is a tricky task, as that’s the place where you spend most of your time. Small children crawling along the floor and...
Read more

The wall and floor tiles have changed the way you decorate home or bathrooms. In the past, people used to paint their walls using...
Read more

Easy Ways to Secure Financing for Hair and Skin Treatments

Availing the best of skin and hair treatment from a leading dermatologist or cosmetic surgeon often turns out to be quite expensive for an...
Read more